In the world of jazz, commodities are fleeting. Styles come and go. Artists at the top of this week’s charts could be history by the end of next month. Words like “staying power” and “longevity” are for anyone or anything that sticks around for more than a couple years.

But then there are those rare few, gifted with the right stuff, who hang in for the long haul – musical collectives that continue to explore and evolve album after album, year after year, decade after decade, eschewing fashion and fad and reaching instead for something much more permanent. This is the story of Pieces of a Dream, a contemporary jazz band that opens the next chapter with their 40th anniversary and the release of their new album Just Funkin’ Around.

Check Out the Online Store

Visit our store to complete your collection of the Pieces of a Dream discography today!

GO TO THE STORE 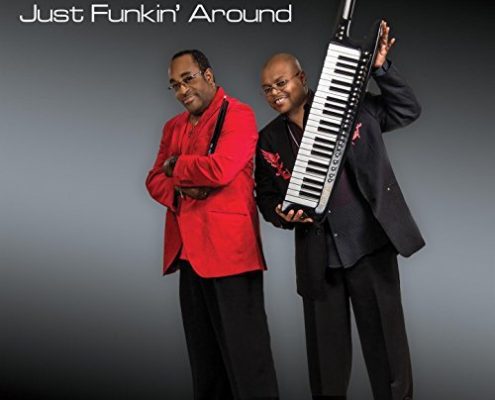 Pieces of a Dream would like to thank our loyal fans for your support going back over 40 years. Due to the COVID-19 virus situation, the organizers and artists involved in the Berks Jazz Fest have found it necessary to postpone this year's…
https://piecesofadream.net/wp-content/uploads/2016/10/POD-Only-Small-1.png 0 0 Gar Roberts https://piecesofadream.net/wp-content/uploads/2016/10/POD-Only-Small-1.png Gar Roberts2020-03-21 22:03:012020-03-21 22:03:01A Statement About The Berks Jazz Festival

In the last few days, a couple of websites have had the opportunity to review Pieces' new album Just Funkin' Around. The Smooth Jazz Ride says that the new album "continues to push forward the imagination and character of the band." Reviewer…
https://piecesofadream.net/wp-content/uploads/2017/05/JustFunkinAround.jpg 500 500 Gar Roberts https://piecesofadream.net/wp-content/uploads/2016/10/POD-Only-Small-1.png Gar Roberts2017-05-24 18:49:122017-05-24 18:49:12Reviews of Just Funkin' Around Released
PreviousNext
Scroll to top